Official How to breed Pixelmon

As complicated it may seem, breeding is not that hard! It can even be fun to do to some. In this guide, you'll learn everything about breeding. You'll learn how to use ranch blocks to create a lovely environment for your Pixelmon. This way of breeding applies to /daycare as well. You'll end up getting the best out of both methods!

Breeding is so incredibly useful. By breeding, you can give your Pixelmon different natures, IVs and even decide how big you want them to become.
The reason this is so valuable is because it's 1 of the best ways to get stronger Pixelmon, meaning that by breeding, you can make sure that the next time you enter the battlefield, you will be the one winning.

Before you start breeding, you have to understand how EVs, IVs and natures affect your Pixelmon. There's a guide about all of that right here.

With that information, you now want to get a hold of certain items:

In order to breed, you must create an environment for it. You can do so by buying a Ranch Block at /warp shop (Misc. Items)

Now it's time to construct the environment itself. Each egg group has its own preferences when it comes to the environment. Click here to see a list of each type's preferred breeding blocks.

Each breeding area is made out of 81 blocks (9x9), with the ranch block in the middle, so we end up with 80 usable breeding blocks. For example, a Block of Coal would gives 3 points, making it a great choice to use for Dark Pixelmon. The Pixelmon's maximum satisfaction is 139, and we obviously want to get the best out of breeding, so we'll aim for that. Click on the Ranch Block and click on "Manage Pixelmon", then place the 2 Pixelmon you'd like to breed in there. 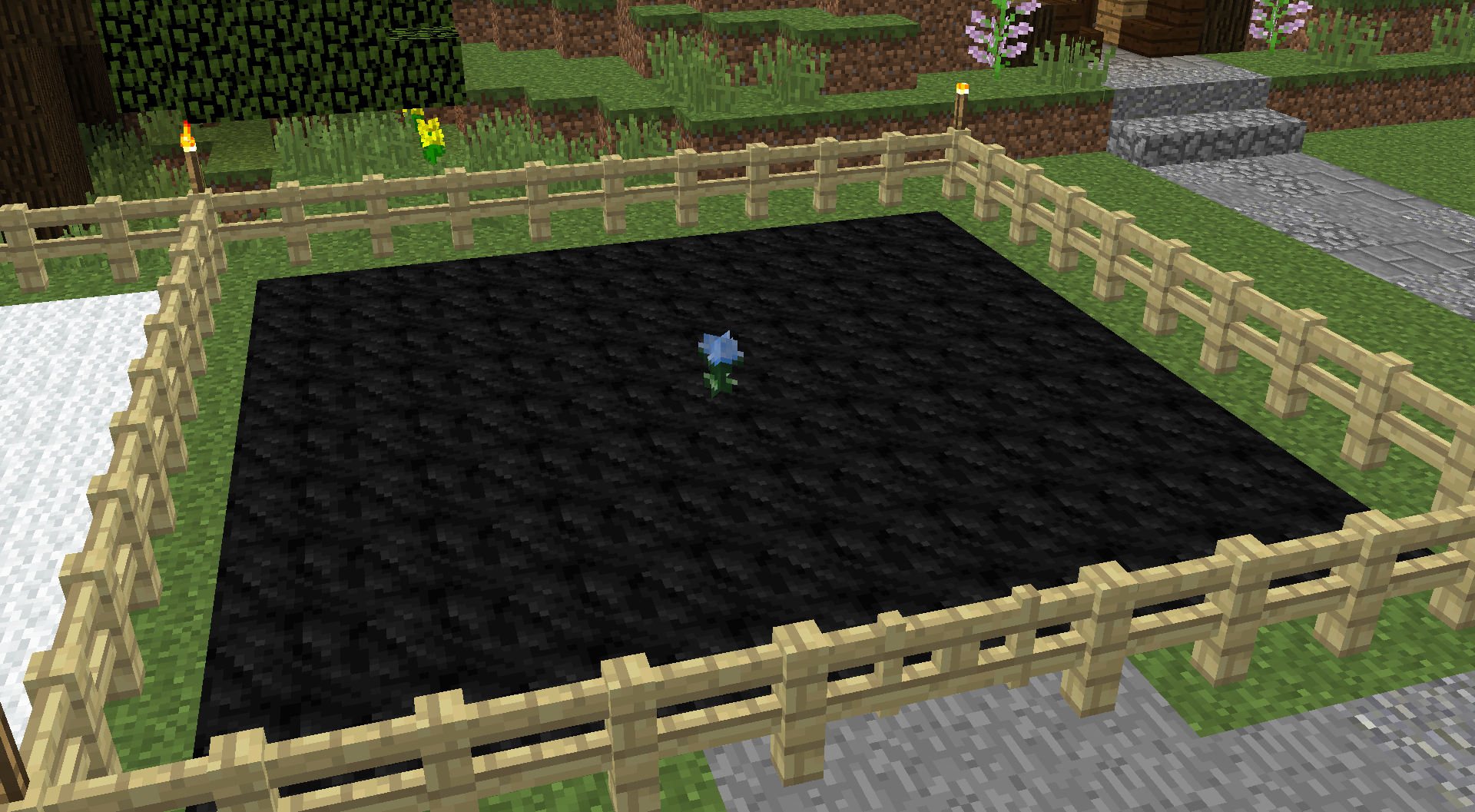 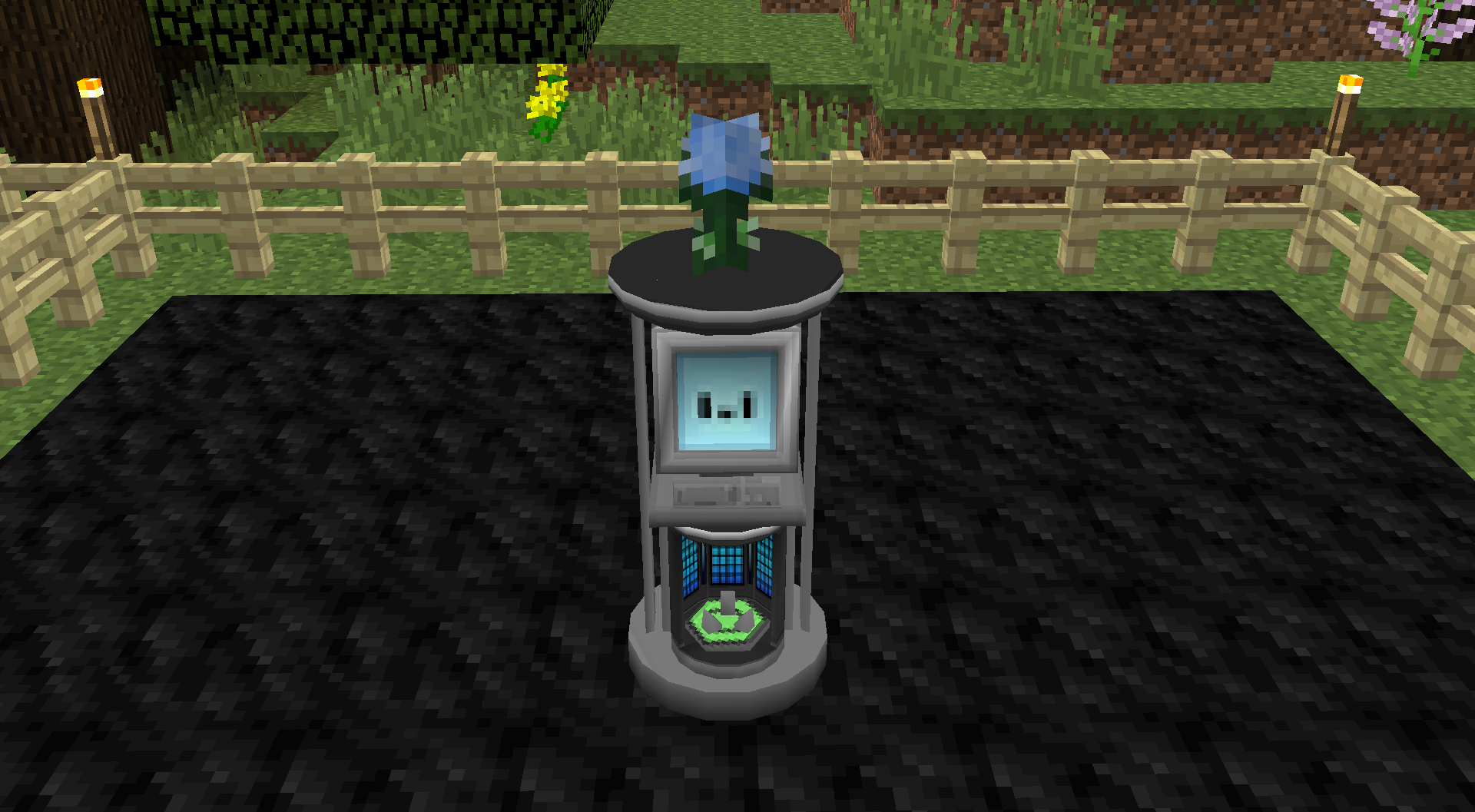 By dividing 139 (max satisfaction) with 3 (points per block), you'll get 46.3. Round that up and you'll end up with 47, meaning that you'll need at least 47 Blocks of Coal in order to reach maximum satisfaction for that ranch, and thus creating the perfect environment!

You can start breeding by focusing on the power items first. Give them the right power item depending on which one of their statistic is perfect (31). By combining 2 parents with both 1 perfect IV, we can now breed a Pixelmon with 2 perfect IVs. Now replace the Pixelmon with the 2 perfect IVs and give it a Destiny Knot, so you can give your second Pixelmon a new perfect IV by giving it the right power item. By doing so, you'll get a 3-IV Pixelmon!
As you're currently breeding by using a Destiny Knot, the IVs of the offspring will be a bit more random, so don't give up on trying! When you're happy with the final IVs of 1 of the offsprings, you can now replace the 2-IV parent again with the offspring and hand it another Destiny Knot. Continue repeating this process until you have a perfect Pixelmon (5 Perfect IVs).


You have a chance of accidentally breeding a 6-IV, as it's totally random, but receiving one is totally fine as well!
It's not possible to plan / "force" a 6-IV breed considering Destiny Knots only carry over at least 5 IVs.


It's more than likely that you'll receive messages while breeding. Below's a table where you can see each message with its meaning:

Each Pixelmon has a set of moves called "Egg moves" which can only be obtained through breeding. Only male Pixelmon can pass down moves to its offspring. The idea is to look up a Pixelmon's egg moves, select a combination that is possible within the egg group, and breed different Pixelmon in the same egg group for results.

You can use /breedingwiki in-game for a very in-depth overview!