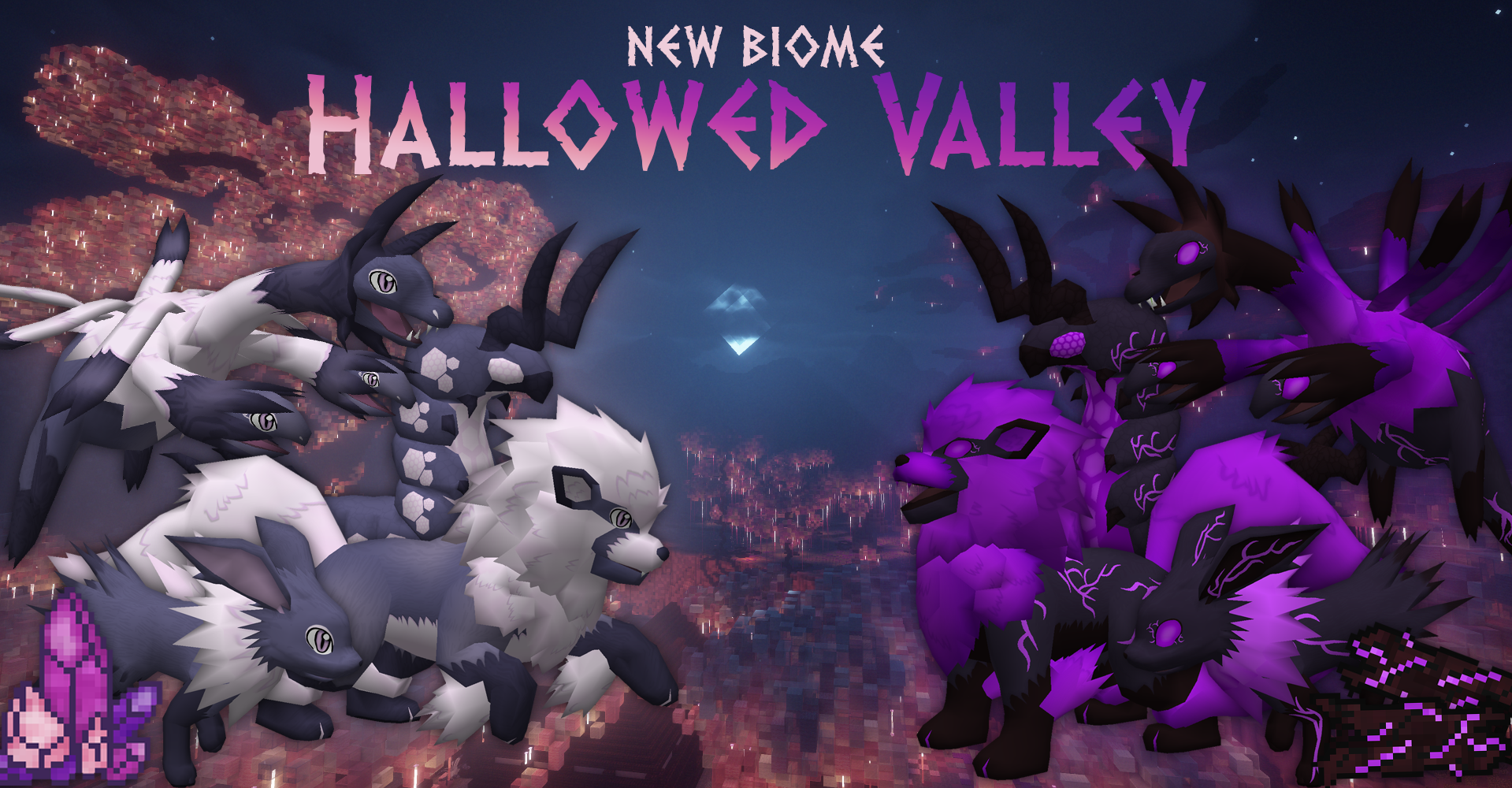 The Hallowed Valley is a unique biome found only in the Fantasy region.

The Hallowed Valley is an ancient place, and the first area ever discovered in the Fantasy region. In the past it was the center of the region, full of life where all Fantasy-form Pixelmon lived in peace. Two massive trees in the Valley used to spread life and brought harmony to the valley, while the many crystals in the area gave Pixelmon their mysterious Fantasy appearance and psychic powers.

Unfortunately one of the trees grew sick, and no one knew how to cure it. Pixelmon tried using their abilities to cure it, to no effect. Over the years, the sickness took over the tree which became corrupted. Massive purple spores grew on it and bloomed quite often spreading the corruption further. Its roots began to grow bigger and so the corruption took over a half of the Valley.

The only obstacle in its way was the Crystal Trench, which prevented further spread, as the crystal's magical powers seem to be able to deflect the corruption.

Over the centuries the two parts grew isolated. The side with the Hallowed Tree is still full of joy and magic, yet fearful of what is about to come. This area is still known as the "Hallowed Valley". The side with the sick Blight Tree is full of death and corruption, where Pixelmon seem to have lost their minds, controlled by the corrupted tree now referred to as the "Blight Tree". The area surrounding the Blight Tree is now known as the "Blight Lands".

The Fantasy Pixelmon grew desperate, and were not powerful enough to defend themselves. Hydreigon and Archeops were sent away from their home in search of help. They found a group of brave Pixelmon Trainers willing to help fight off the corruption. As the news spread, a group of scientists were attracted to the land and decided to use their knowledge to find the cause of the Blight's corruption and a possible cure.


Where to find the biome​

Trainers may not warp or travel to the biome until they first complete the "Proving Your Worth" quest. This quest can be started by speaking to the Fantasy-form Hydreigon at /warp BattleDocks in-game. Once the quest is completed, the player may speak to Hydreigon again to be taken to the Hallowed Valley. Alternatively, the command /warp HallowedValley may also be used to get there at any time after completing the quest. 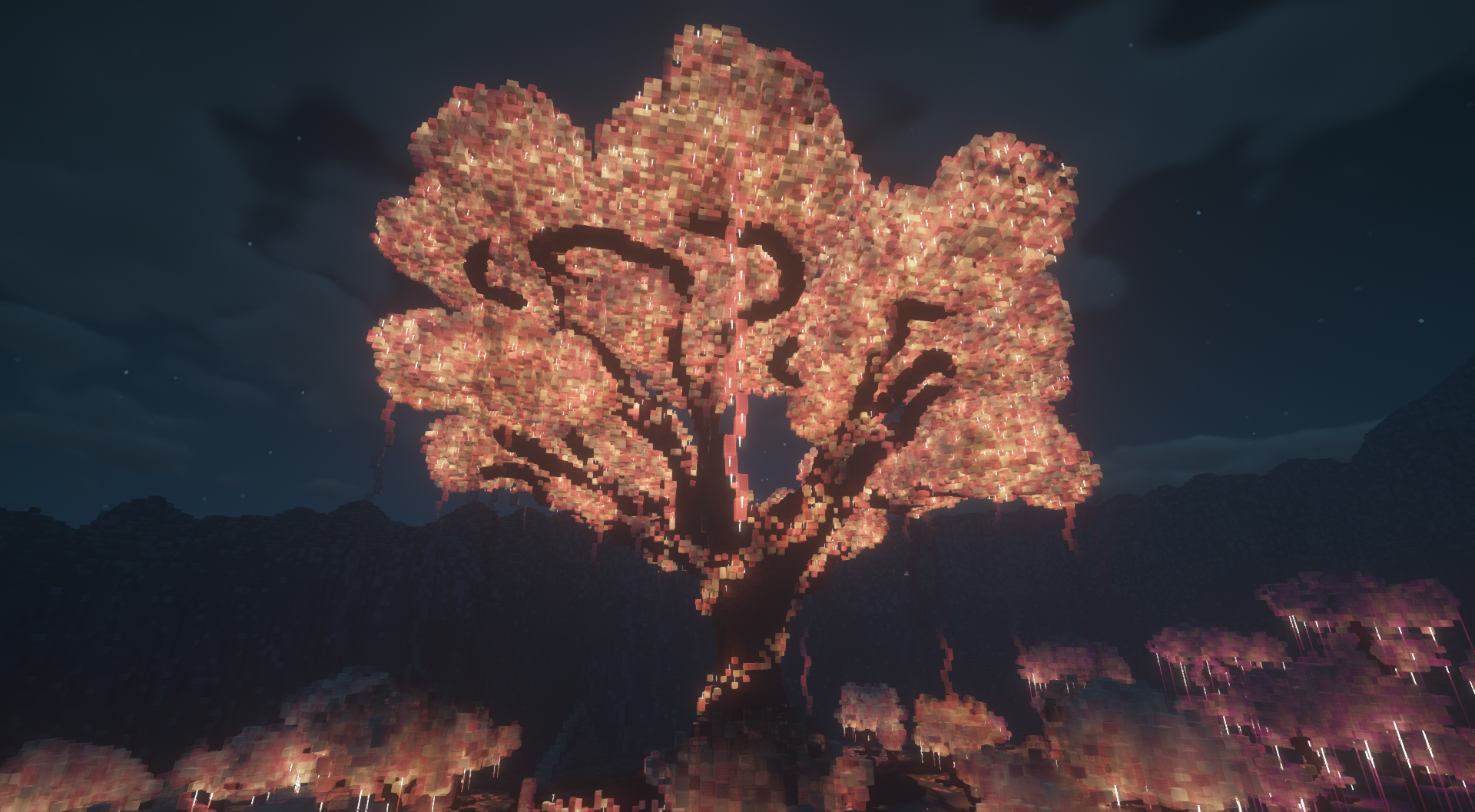 Hallowed Tree
Source of power and magic in the valley. 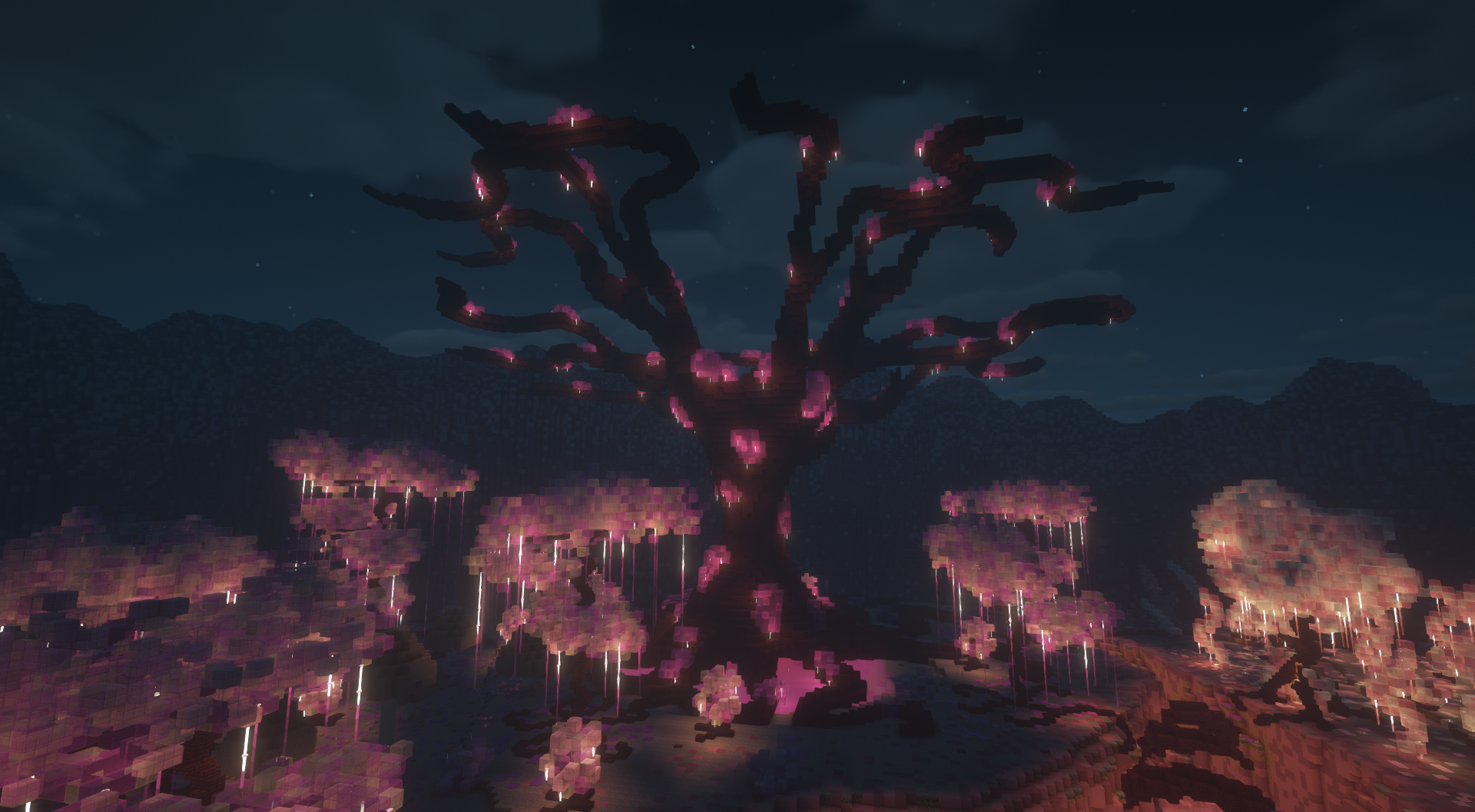 Blight Tree
Once a majestic powerful tree flourishing with life, now it is but a skeleton with poisonous spores growing from its trunk. 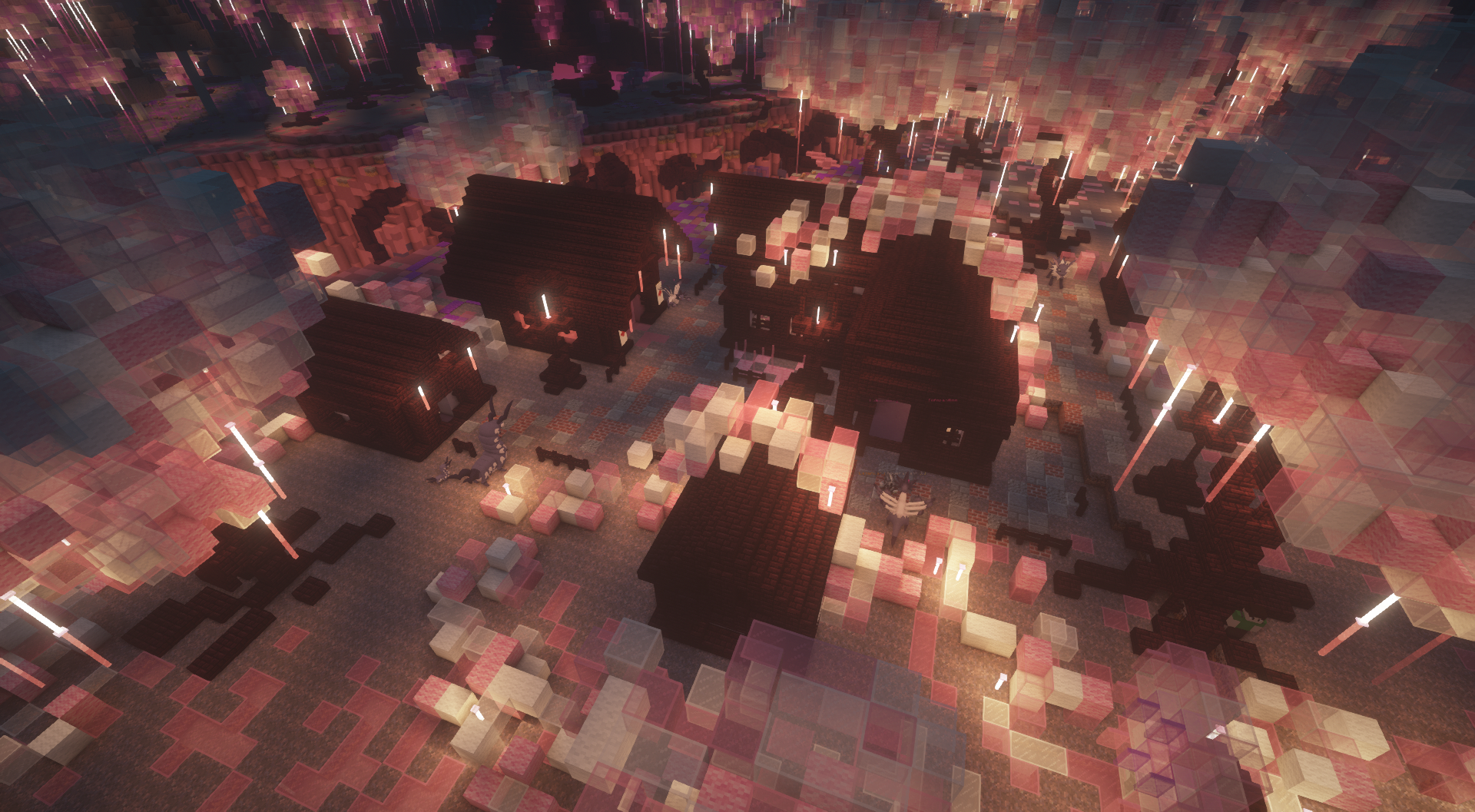 Scientist Village
Hallowed Pixelmon built this village for trainers and scientists who came to aid them. 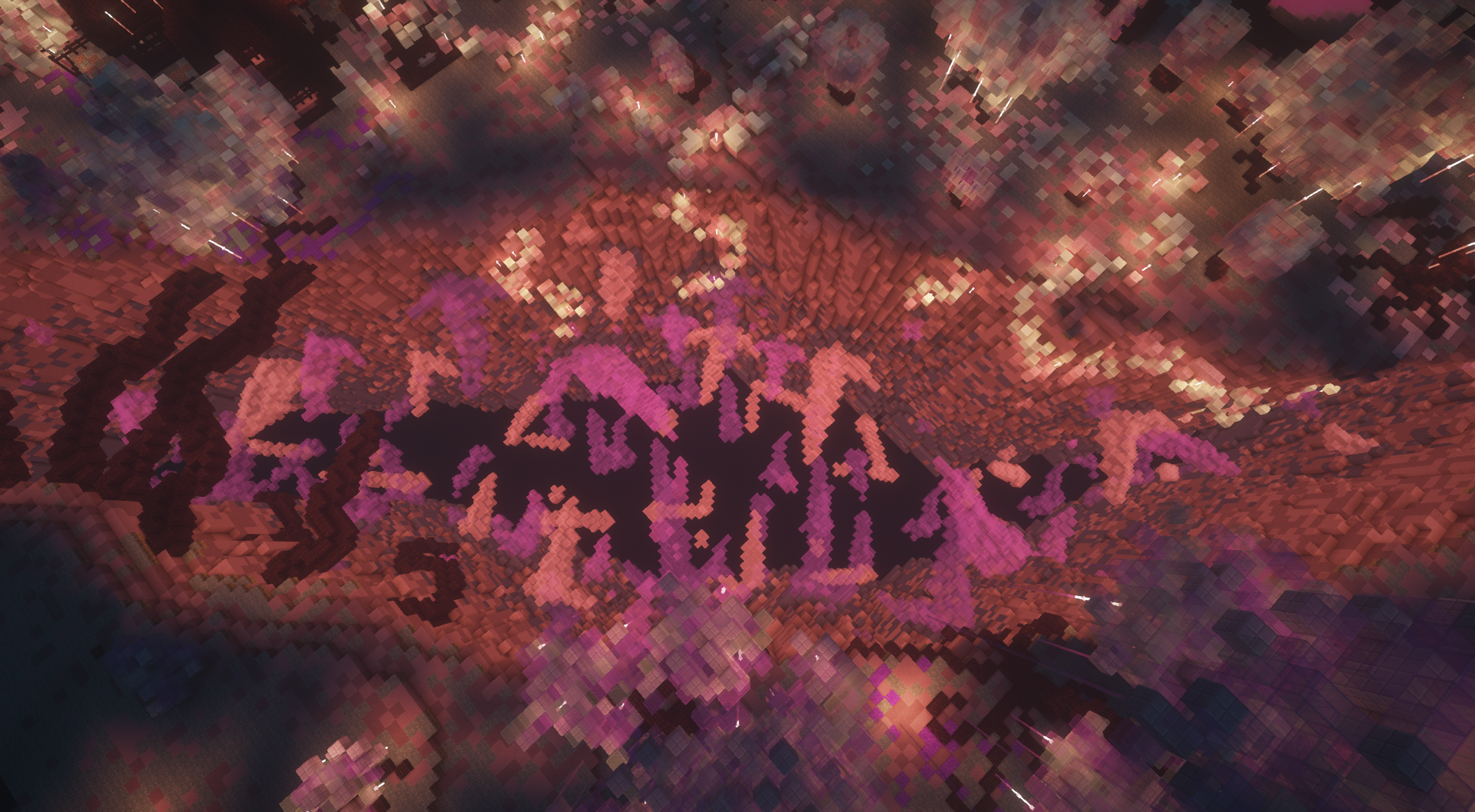 Crystal Trench
Mysterious place with incredible amounts of power radiating from the gems. Something about the trench is not right, it feels empty and silent, yet alive at the same time. Hallowed Pixelmon tell stories of powerful creatures who disappeared underground when the Blight Tree grew sick, promising they will return in the time of need... "Once all minds unite for the same cause shall the ground open to set us free"

In the Hallowed Valley:


In the Blight Lands: